LEAGUE TABLES AFTER THE FIRST TWO  ROUNDS OF MATCHES 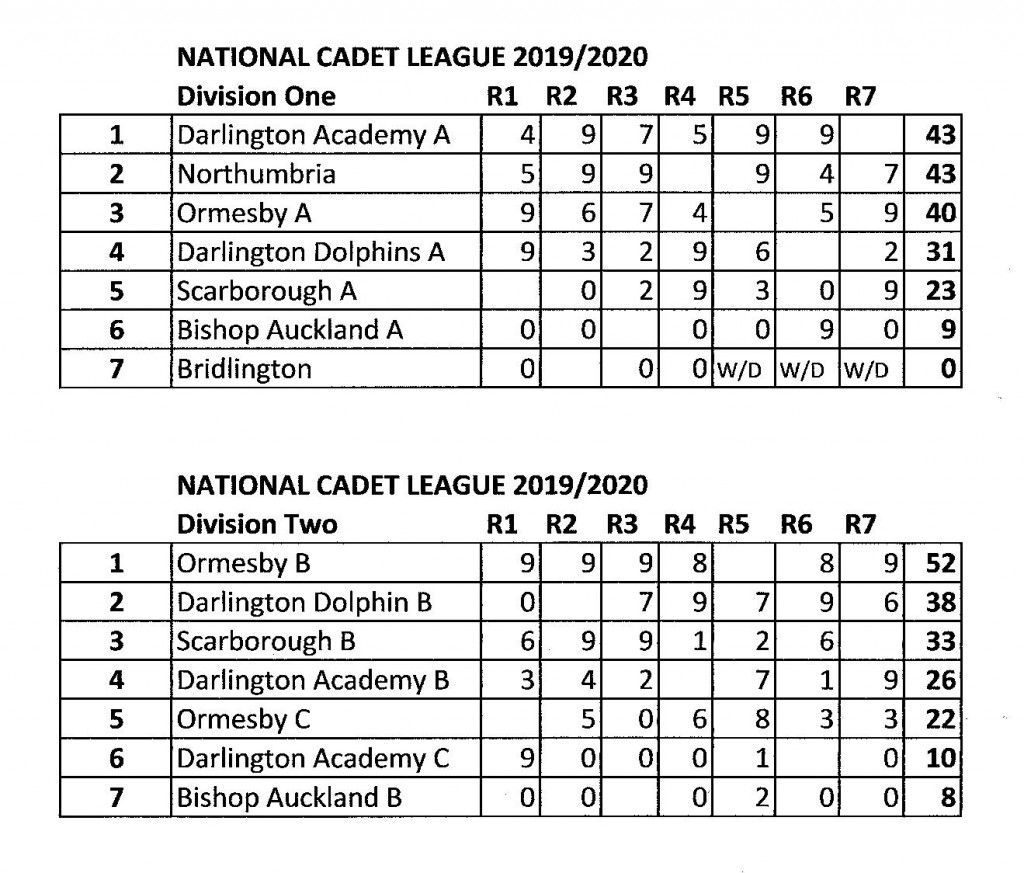 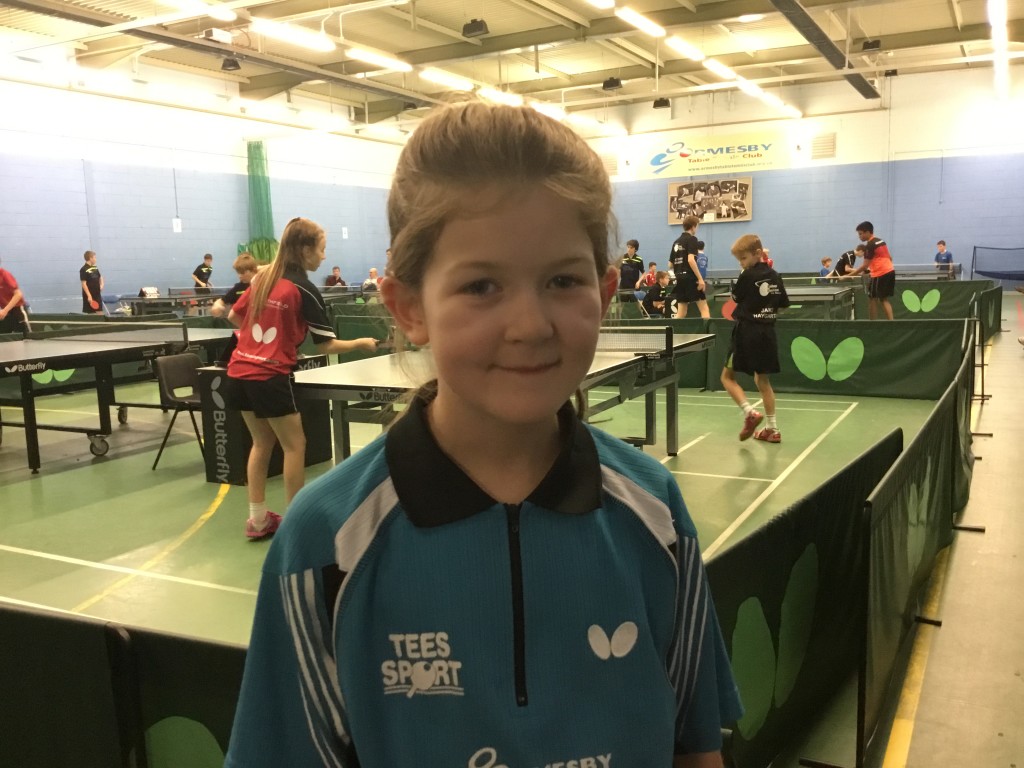 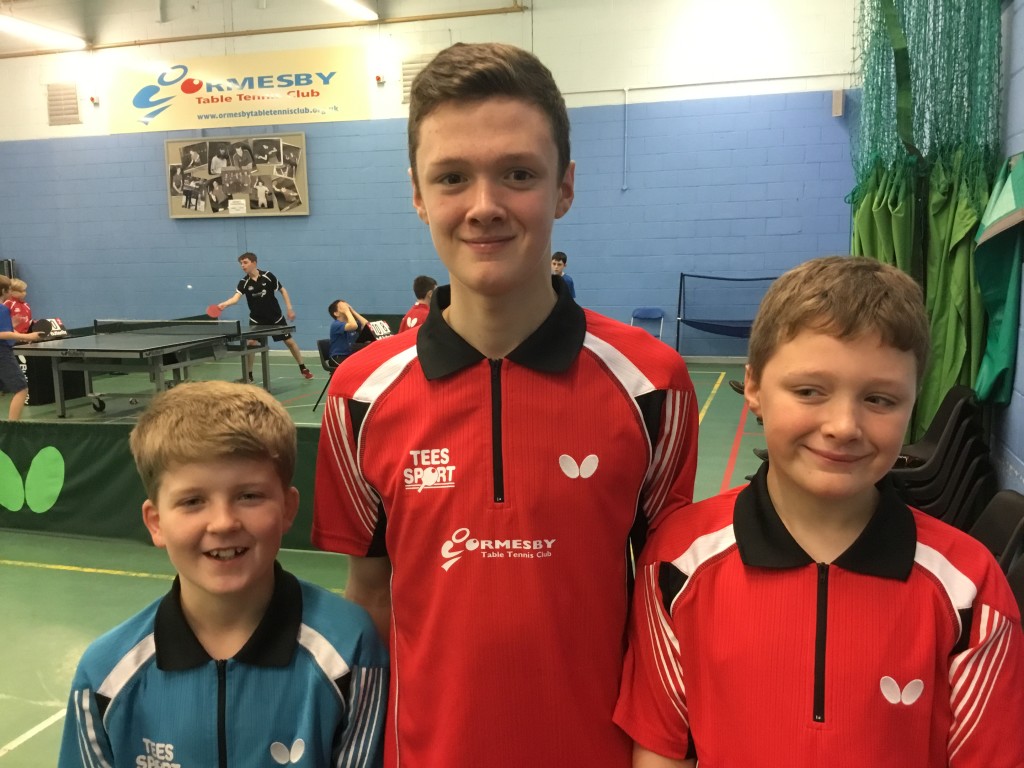 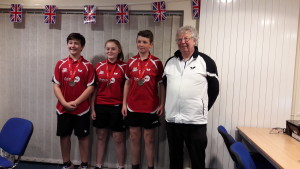 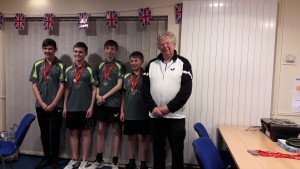 The original 10 team division has now been divided into two groups with the Ormesby A team only 3 points behind the Group 1 leaders Darlington A. 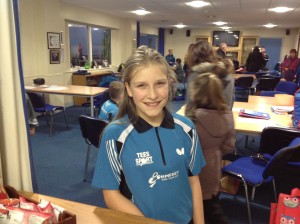 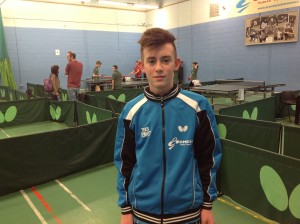 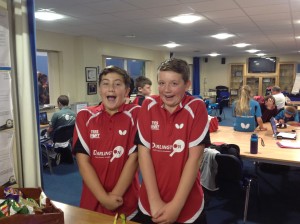 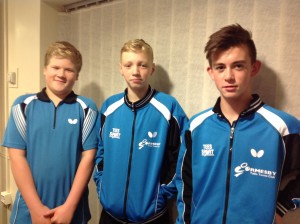 Ormesby TTC A  – left to right 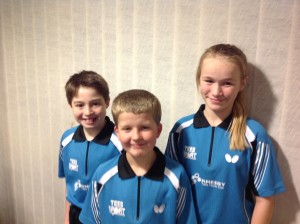 Ormesby TTC B – left to right 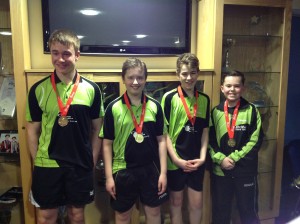 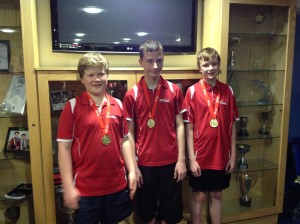 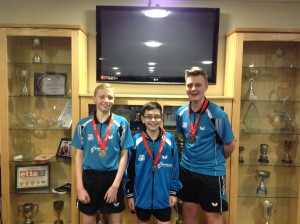 Division One Winners, James Dale, Michael Jones and Joshua Weatherby pose for a pictures next to the British Premier League trophies at Ormesby Table Tennis Club a few minutes before the trophies were presented to the Premier League winners and runners up.

The three boys had just returned from the Northfield Club where they had won the National Cadet League title.

Pictured above from left ro right:

Congratulations to the Ormesby A team of Michael Jones, Joshua Weatherby, Harry Forsyth and Jonathan Crossman who won the 2013 – 14 National Junior League title with 70 points, 11 points clear of the Northfield team who finished in second place on 59 points with Northumbria in third place also with 59 points.

Pictured above are the Northfield team with organiser Paul Dale:

Pictured above are some of the Ormesby Juniors who played in the second round of matches at Ormesby TTC.

Pictured above are some of Ormesby ‘s National Junior League players ..